It’s challenging to keep up with processing the succesful harvest extras from the spring garden while trying to get the summer garden going. But that’s what I wanted: Lots of food that can be stored and used later.  Like Homesteading Lite…. turning seeds into groceries all while having a full time job and a family.

My beautiful chard had been getting neglected. Mature stalks, speading out and lying on the ground until I’d rip them off and toss them to the ladies in the chicken coop. Until today. Today I planned to blanch and freeze my kale, make chard stem pickles, and use the chard leaves for dinner along with the few turnips that surprised me this morning. 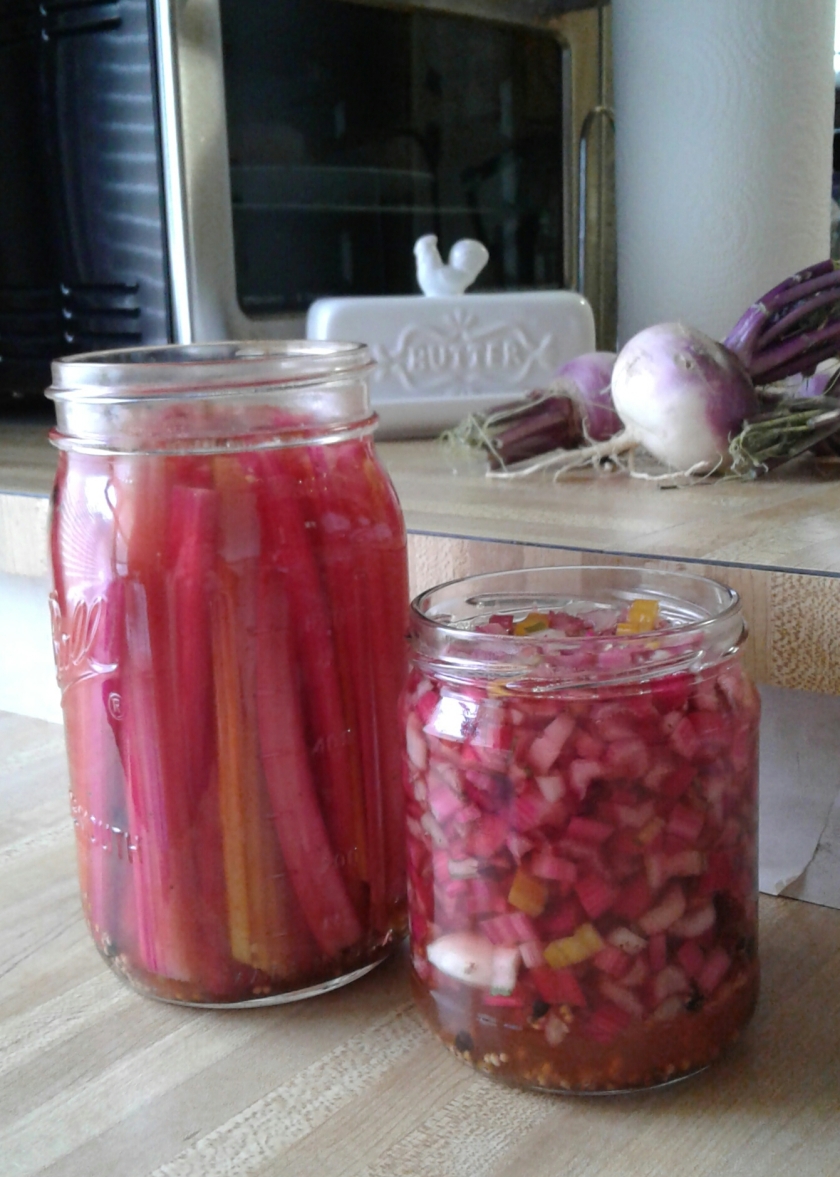 So the kale is still in the garden, getting blissfully soaked by a quick downpour. But I did manage to do up the chard. Made pickles and chopped, blanched, and came up with a single flat gallon bag to freeze.

Dinner is Hamburger Helper and store bought corn on the cob that had been hanging out in the fridge for a week. Also Gordon is cooking while I sit blogging and watching the boys play a video game with hopelessly chard-stained fingernails and uncleaned toilets calling my name.

I’m hoping the pickles turn out good. There was no water in the brine, only vinegar. And the vinegar seems a little overwhelming at this point. Maybe it’s just that I’m used to the fermented vinegar-less kind. This is the recipe I decided to try:

Pickles are already great! Not too much vinegar. Subtly sweet and sriracha-